Kids of all ages go crazy for animals, and some of them know more vocabulary about animals than they do about people.  I had a little boy in my class who had difficulty giving very basic info about himself but who could name a sperm whale in English!  And a hammer-head shark, and a duck-billed platypus – I’m not kidding!  (I’ll always remember you, Tomás!)  So here are just some ideas – more to come!

Prepare the children for their roles by looking at how animals move, what noises they make, etc.  Some ideas:

Students form a line with their hands on the shoulders of the student in front of them, forming a snake.  Everybody closes their eyes except for the student at the front, who is the snake’s head. They move slowly around the class, leading the rest of the snake. Then the student who was the ‘head’ goes to the back of the line to become the end of the tail, until they’ve all had a turn.

Put post-it notes with an animal name on students’ backs, and they have to work out what they are. For younger learners, get them to mime the animals for each other.  Older children have to ask questions to find out, for example: ‘Have I got wings?’  Can be done as a mingling whole-class activity or individually.

In a circle, all wearing animal masks (see next section).  Blindfold one child and put them in the middle of the circle.  Spin the child (only a bit!), then they walk straight ahead until they touch someone and say ‘Squeak, Piggy, squeak!’.  The other child makes the animal noise (or gives a spoken clue) and the first has to guess who it is.  Then that person is blindfolded (giving the other their mask) etc, until they’ve all had a turn.

Students sit on chairs in a circle. Go around the circle, touching each student on the shoulder and giving them the name of an animal. Check that everybody knows what they are!  When you say a name: ‘Monkeys!’, all the monkeys change places, when you say ‘Snakes!’ all the snakes change places, etc.  When you say ‘ZOO!’ everyone changes places and you remove one of the chairs, leaving one student in the middle.  She/he then becomes the caller.

In previous posts, we’ve already talked about the benefits of making origami animals. Here’s the link: 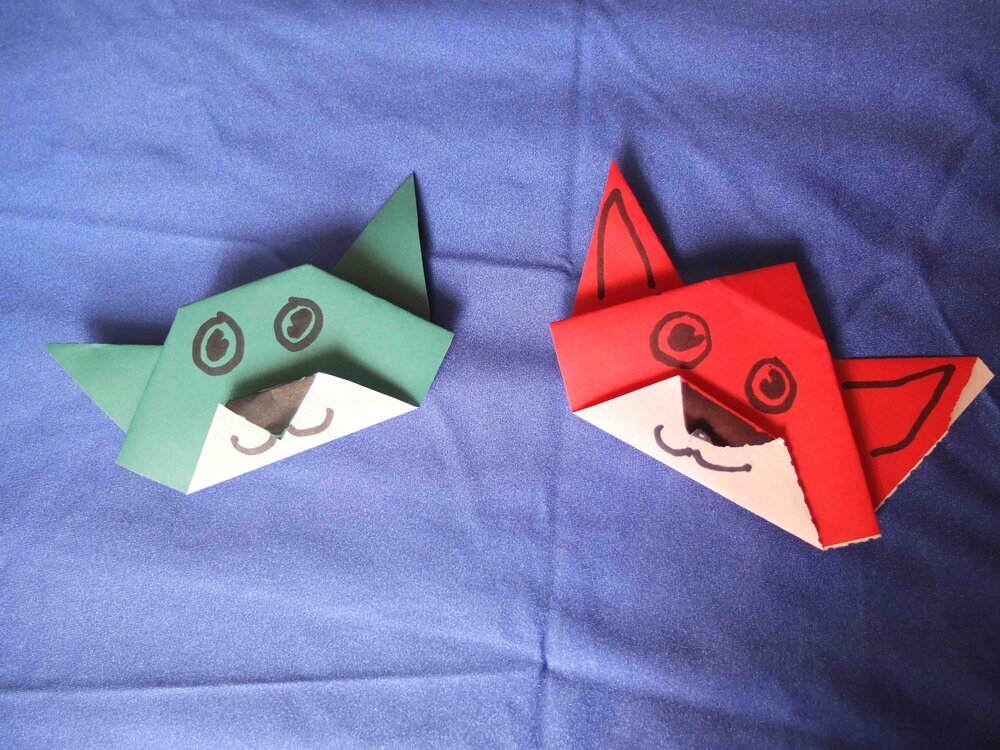 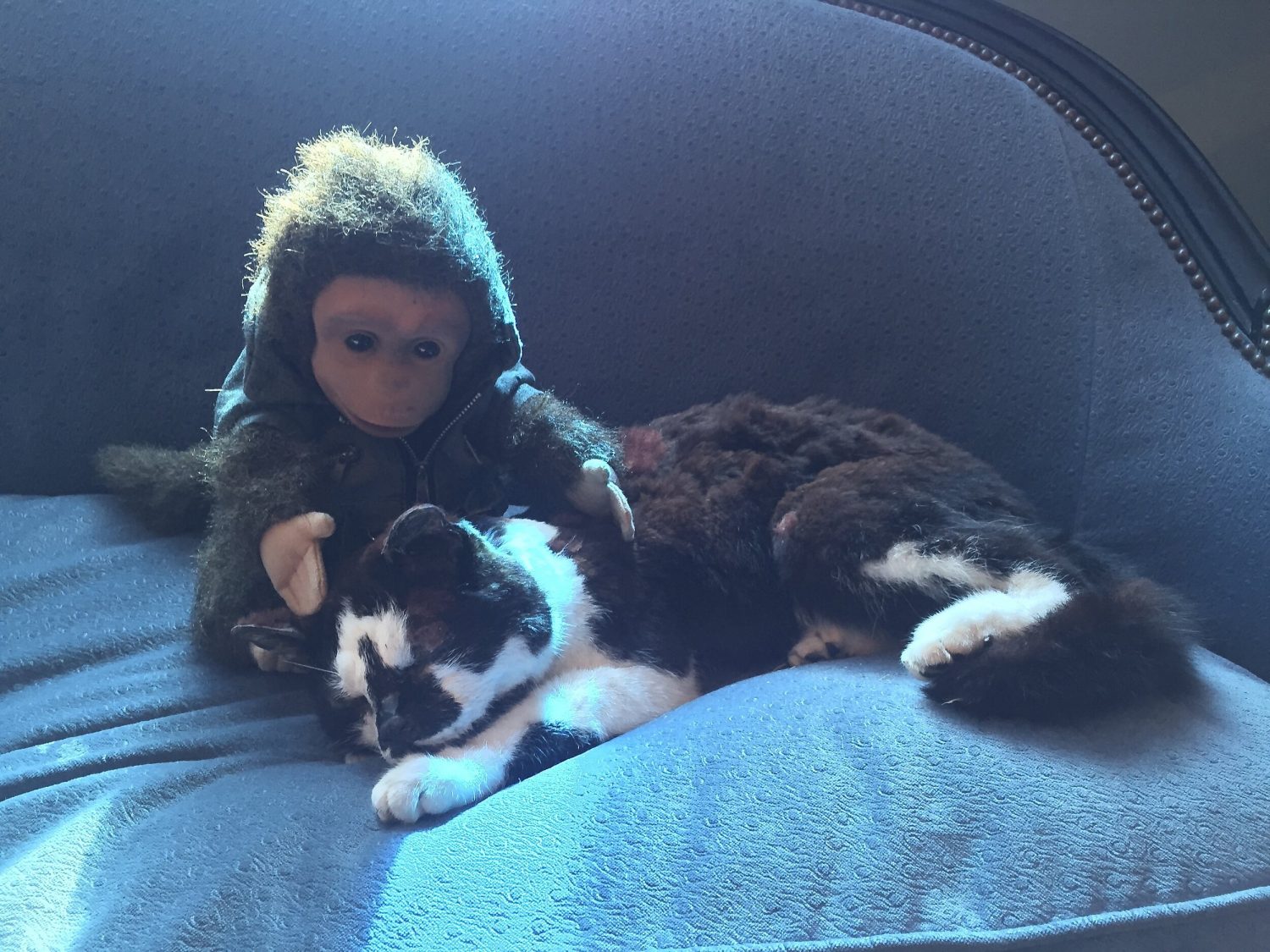 Can you guess Charlie’s animal?  Or … is Charlie the cat’s animal?!

Have your puppet pull out a flashcard from its basket (or wherever it ‘lives’).

Tell the class that the puppet has a picture of an animal and they have to guess what animal it is by asking the puppet Y/N questions.  (You might have to remind them of how to make the questions.)

The great thing about using your puppet is that you can ‘model’ the questions first. Here are some questions you could ask your puppet:

Is it a mammal?  (puppet nods yes)

Is is a herbivore? (puppet nods yes)

Does it have four legs? (puppet nods yes)

Does it live on a farm? (puppet nods yes)

Is it big? (puppet nods yes)

Is it a cow? (puppet nods yes, claps and then shows the class the card)

Primary students are really creative and will come up with questions & ideas of their own. You can go around the class getting them to ask questions.

Here are some other questions that you might need to pre-teach or feed in to help the students:

Is it a carnivore?

Does it have more than 4 legs?

Is it an invertebrate?

Is it a wild animal?

Remind the students that they have to ask more ‘general’ questions first of all and then narrow it down.

There are thousands of simple animal finger-puppets that you can make.  Check out our Pintrest page to start you off, at: https://www.pinterest.es/johnfharrop/bat-i-burrillo-teatro-de-titeres.

And for more ideas, read Using Finger Puppets in the EFL Classroom.